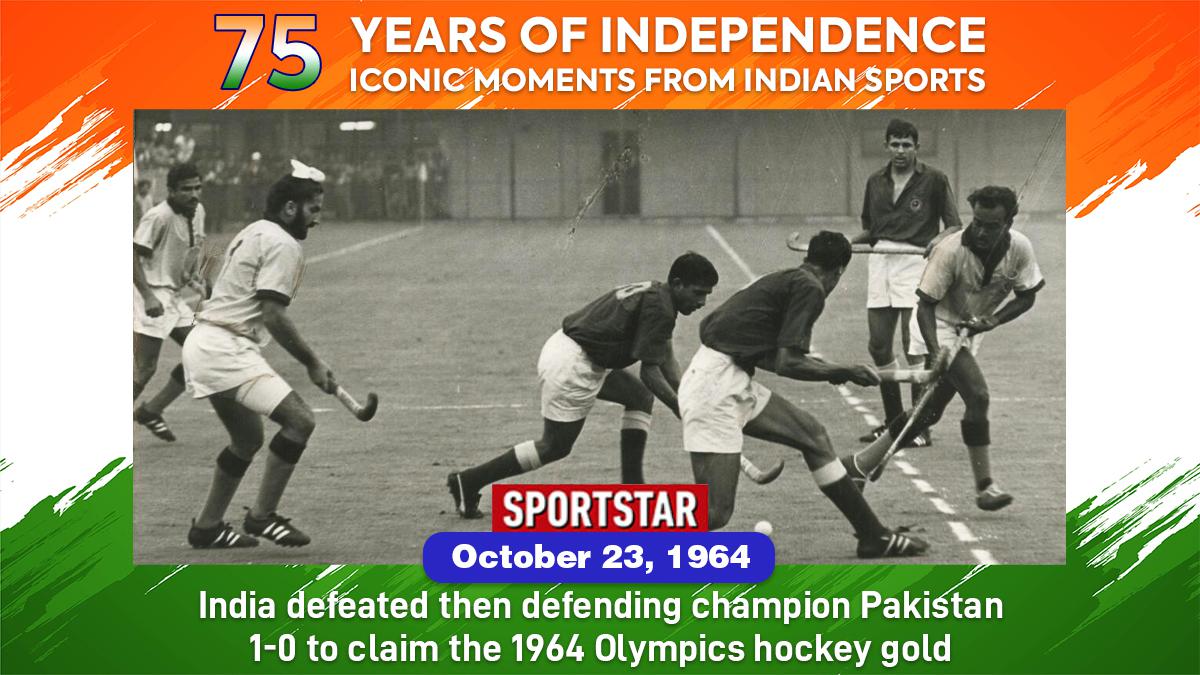 Preparations for the 1964 Tokyo Olympics took on the form of a national crusade. The team had suffered another jolt when it was once again beaten by arch-rival, Pakistan, in the 1962 Asian Games. There were fears that India’s supremacy was being conceded to its new neighbour.

Star midfielder Charanjit Singh was made captain of the team for Tokyo.

The six-time champion did not have things all its way in the preliminary games in Tokyo, unlike at the previous Olympics. Twice it was held 1-1, first by East Germany and then by Spain, a shocking new experience for the mighty Indians.

The other pool matches were no cakewalks either. Belgium and Malaysia were beaten 2-0 and 3-1 respectively, and the Netherlands edged out 2-1. Things were easier against Canada (3-0) while Hong Kong was trounced 6-0.

Still, it topped the pool with 12 points, ahead of Spain, which finished second, a point behind, to advance to the semifinals.

In the semis, India defeated Australia 3-1 while Pakistan had it easy against Spain, winning 3-0.

In the final, Pakistan started as favorites to keep its title in the final played at Komaza Park on October 23.

Prithipal Singh had been the top scorer till then with 10 goals while Harbinder scored five. But as in Rome, a single goal would separate the two Asian giants in the final. This time though it was an Indian, Mohinder Lal, who scored the match-winner.

The Indian Olympic team and members and fans celebrate with sign at India-Pakistan Hockey match final during the Tolyo Olympic games in 1964. – THE HINDU ARCHIVES

With five minutes gone in the second half, the deadlock was broken. India was awarded a penalty corner. In the resultant set-piece, the Pakistani, Munir Ahmed Dar, stopped the shot with his foot. Mohinder Lal stepped in to take the subsequent penalty stroke and slammed the ball past the Pakistani custodian, Abdul Hamid.

The goal spurred the Pakistanis into renewed action. Wave after wave of attacks led by the fleet-footed Mohammad Afzal Manna forced the Indians onto the defensive. But the Indians held on for dear life, thanks in no small measure to the peerless skills of the legendary goalkeeper Shankar Laxman who rose magnificently to the occasion.

(Read the full article published in Sportstar on November 19, 2005,

Share
Facebook
Twitter
Pinterest
WhatsApp
Previous article
Dahi Aloo Recipe: If you are bored by eating the same vegetable then make curd potato
Next article
5 Benefits Of Living In Joint Family Nobody Ever Told You About

World Cup 2022: Iran calls for US suspension for briefly removing emblem from flag in support of protests