Africa: Dramatic drop forecast in COVID deaths, but no time to ‘sit back and relax’ | 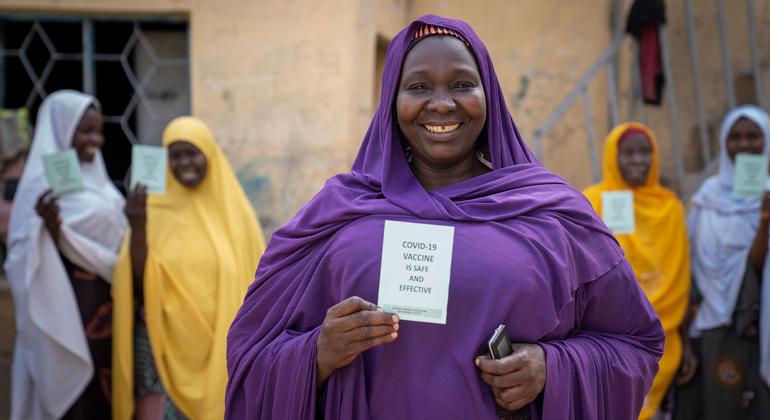 That’s down from a “catastrophically high” average of 970 fatalities each day last year to around 60 a day by the end of 2022.

“The low number of deaths expected this year is a huge achievement for the region and a testament to the efforts of countries and partners,” WHO Regional Director for Africa Matshidiso Moeti told journalists at a virtual press conference.

Despite the new WHO modeling projection compared with last year – the pandemic’s most lethal – actual cases are estimated to drop by a little over a quarter this year.

“However, the job is not yet done. Every time we sit back and relax, COVID-19 flares up again,” she cautioned.

The analysis, which was published this week in the Lancet Global Health The scientific journal, finds that while the region reported 113,102 deaths through official channels last year, about one in three were missed, driving the actual number of deaths up to a projected 350,000.

The modeling suggests that if current variants and transmission dynamics remain constant, around 23,000 people are expected to die by the end of this year.

However, a variant that is 200 per cent more lethal, would cause an increase in deaths to more than 70,000,

“The threat of new variants remains real, and we need to be ready to cope with this ever-present danger,” cautioned Dr. Moeti.

The study’s findings infer that only one in 71 COVID-19 cases in Africa have been recorded and projects 166. 2 million infections this year compared with the estimated 227.5 million that occurred in 2021.

The decline in cases and deaths in 2022 is due to increasing vaccinations, improved pandemic responses and natural immunity from previous infections that, while not preventing re-infections, stop severe forms of the disease leading to death.

The analysis estimates that COVID-19 was the seventh major cause of death in Africa last year, just below malaria.

The significant increase last year was due to the more infectious and severe Delta variant.

“We have learned many lessons on how to stay a step ahead of the virus,” said Dr. Moeti.

As the pandemic persists, WHO maintained that it is crucial to ramp up comprehensive healthcare services, including preventive measures, treatment and vaccination for vulnerable populations.

Targeted surveillance will also be critical to monitor hospitalization, the burden of comorbidities and the emergence of new variants.

“Now is the time to refine our response and identify populations most at-risk of COVID-19,” said the WHO official.

,Countries must intensify efforts to conduct a targeted response that provides the most vulnerable people with the health services they needincluding COVID-19 vaccines and effective treatment.”

COVID-19 deaths have been uneven across the African region.

The analysis shows that the variation in the number of deaths were driven by biological and physical factors – primarily comorbidities such as hypertension, diabetes, chronic obstructive pulmonary disease, HIV, and obesity – that increase the severity and risk of mortality in COVID-19 patients .

“The divergent death rates between countries in the region emphasize the need for tailored responses,” said Dr. Moeti. “As the pandemic persists, what is clear is that our actions need to keep pace with what remains an evolving and complex situation”.

New data relating to the pandemic globally, released by WHO on Thursday, suggests that people who’ve been infected with the Omicron variant can expect “limited protection” against catching it again.

Latest evidence also suggests that immunity against severe COVID illness is more robust among those who’ve been infected by the coronavirus and vaccinated against itthan it is for people who’ve only been infected, or only been jabbed,

The priority for national health agencies should be to vaccinate all adults, focusing on healthcare workers, people with low immunity and older persons, WHO said.