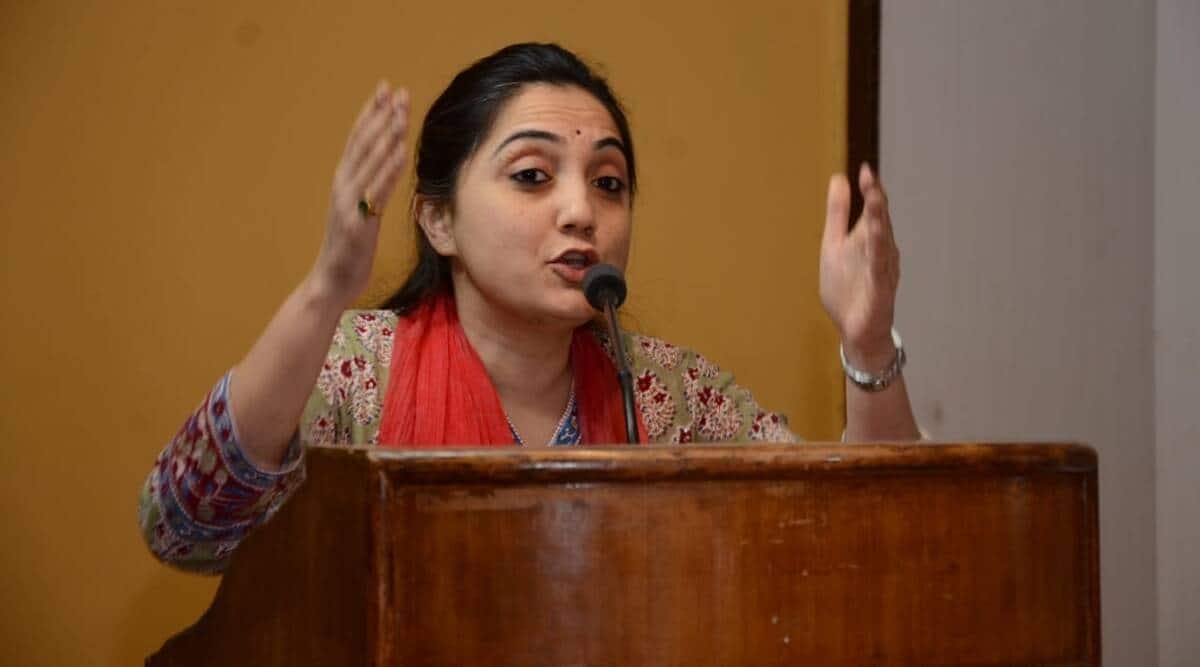 IN WHAT could be the first such stringent action against prominent faces since 2014, the ruling BJP on Sunday Prophet two party spokespersons for making derogatory remarks against Muhammad and the Muslim community.

It suspended Nupur Sharma, one of its national spokespersons, from the party’s primary membership for her anti-Islam remarks in a television debate end May. The BJP had, in 2015 Delhi Assembly elections fielded her from New Delhi constituency against Aam Admi Party’s Arvind Kejriwal, She had lost.

Simultaneously, the BJP’s Delhi unit from Naveen Kumar Jindal, who heads the party’s media unit in Delhi for his inflammatory tweets about the Prophet.

Earlier in the day, BJP General Secretary Arun Singh had in a statement sought to emphasize that the party “respects all religions” without referring to Sharma and Jindal.

“During the thousands of years of the history of India every religion has blossomed and flourished. The Bharatiya Janata Party respects all religions,” the brief statement said.

“India’s constitution gives the right to every citizen to practice any religion of his/her choice and to honor and respect every religion. As India celebrates 75th year of its independence, we are committed to making India a great country where all are equal and everyone lives with dignity, where all are committed to India’s unity and integrity, where all enjoy the fruits of growth and development,” it said.

Conveying the action taken by the party to Nupur Sharma, the Member Secretary of BJP’s Central Disciplinary Committee Om Pathak, BJP said in a letter, “You have expressed views contrary to the party’s position on various matters, which is in clear violation of Rule 10 (a) of the Constitution of the Bharatiya Janata Party. I have been directed to convey to you that pending further inquiry, you are suspended from the party and from your responsibilities/ assignments if any, with immediate effect.”

Following the disciplinary action, Sharma issued an apology and withdrew her remarks “unconditionally”.

BJP’s Delhi unit president Adesh Gupta informed Jindal that the view expressed by him “on social media to incite communal harmony is against the basic thought of the party”. “You worked against party ideology and policy. Therefore, your primary membership of the party is canceled with immediate effect, and you are also suspended from the party,” he said in the letter.

Earlier this week, the Mumbai police had registered an FIR against Sharma, based on a complaint by Irfan Shaikh, Joint Secretary of the Mumbai wing of Raza Academy, which stated that Sharma, in a news debate on the Gyanvapi issue, had allegedly made abusive comments about the Prophet. While Sharma had, till the Sunday’s disciplinary action, denied saying anything abusive or “wrong”, she claimed she has been getting death and rape threats since the controversy broke out.

In Sunday’s statement, she said, “I have been attending TV debates for the past many days where our Mahadev was being insulted and disrespected continuously. It was mockingly being said that it is not Shivling but a fountain. The Shivling was also ridiculed by comparing it to roadside signs and poles in Delhi. I could not tolerate this continuous insult and disrespect towards our Mahadev, and I said some things in response to it. If my words have caused discomfort or hurt religious feelings of anyone whatsoever, I hereby unconditionally withdraw my statement. It was never my intention to hurt anyone’s religious feelings.”

In fact, after her remarks triggered an controversy and led to violence in Kanpur, she claimed in an interview that BJP’s senior leadership including former Maharashtra Chief Minister Devendra Fadnavis had rallied behind her. When contacted, Fadnavis said, “I received an SMS from Nupur Sharma that Raza academy has filed or is filing some FIR against her on a doctored video… that some news portal has edited and doctored her video and made it viral and she will require help . I had not even seen the video, but she was a party spokesperson, I assured her that we will help her in the legal battle.”

“However, as the matter became controversial, I saw the video. After watching the video, I feel in no way I or anybody from our party can support or defend such things being spoken against Prophet Mohammad,” Fadnavis told The Indian Express,

Many in the party described the statement as the party’s attempts to be seen as a national party that wants to take everyone along. “It was a clear message and a strong warning to the party men and its talking heads that the party does not want any controversy over their remarks that hurt the sentiments of any religious community. And that the party does not want them to deepen the schism that could become a hurdle to Prime Minister Modi’s vision for development and progress of this country,” said a Union Minister who did not wish to be named.

According to party sources, the statement on Sunday was issued “after much deliberation” and that “it wanted to settle the issue once and for all” by saying that the “BJP does not want to encourage any kind of animosity or bitter feeling among the people belonging to different religions.”

At least three other ministers termed such controversies as “unnecessary and damaging” and hurt PM Modi’s efforts to “take India to the global leadership”.

According to Rule 10 (a) of the BJP constitution, “acting or carrying on propaganda against any program or decision of the party” amounts to indiscipline. Sources said the party’s central disciplinary committee would give Sharma time to respond before taking further action. No final decision on breach of discipline shall be taken against any individual or unit without giving an opportunity for explaining and answering charges made against them, the rules state.

The action assumes significance as it comes just two days after RSS Chief Mohan Bhagwat tried to differentiate between Muslims in India and the “Mughal invaders”. While terming Islam as a religion that came through invaders, he tried to delink the Indian Muslims, whose ancestors, he said, were Hindus. Bhagwat has also given a clear message that while the RSS is extending moral support to the claims of the Hindus in the ongoing controversy over the Gyanvapi mosque, there is no need to rake up controversial claims for every mosque or Islamic monument.

(With inputs from Shubhangi Khapre in Mumbai)