Nolan Ross Samé-Weil started drinking alcohol when he was 17.

A few drinks at a time led to blackout benders, then meth and destructive behavior. The 39-year-old Los Angeles resident used drugs and alcohol for 14 years, during which time he developed serious health conditions, including AIDS.

But the man who would become Samé-Weil’s husband gave him an ultimatum: Join a 12-step program or their relationship would be over.

Samé-Weil stopped using substances on Oct. 31, 2015, and is now a counselor at Los Angeles Centers for Alcohol and Drug Abusewhere he doesn’t see many clients who share his Filipino American identity.

He believes that is due to a number of factors.

“Let’s talk about the people who have passed away,” he said. “Be for real. Like, your uncle died because he was an alcoholic. He didn’t die of cancer.”

Researchers and community members who serve people with substance use disorders say this poses a problem in addressing the issue. Paves added that the model minority stereotype can also create the perception that this isnt a problem in the community.

A 2016 study found that among Asian Americans, “Filipino Americans and Korean Americans displayed the highest prevalence” of alcohol use.

“And even though that’s still relatively small compared to the broader population, there might be different reasons for that,” Paves said. “There could be underreporting, among other things.”

Experts — along with community members who have experienced the effects of substance use — say it’s an issue they observe in Filipino Americans they encounter and within their own families. And that an important step in addressing it is to talk more openly about substance use and treatment.

Samé-Weil said he began drinking and using drugs in high school, after his mom learned he is gay.

He’d been hiding his sexual orientation since the seventh grade because he feared his family wouldn’t accept him.

“I started praying, and I cried myself to sleep for over a week,” he said. “I’m praying to God to make me different and not have these feelings.”

He considered his mom his best friend. So when she didn’t welcome the news, he was devastated.

His desire to please his parents remained strong. So he broke up with his boyfriend and isolated himself. That led to a depressive state — although it wasn’t until later that he understood what depression was.

Samé-Weil’s behavior started to change. He pretended he got a job so he could get out of the house, experienced increased anxiety due to substance use, barely spoke to his family by the time he was in his mid-20s and sometimes slept in his car because he didn’t want to go home.

“I felt like if I wasn’t able to trust my family, how can I trust a stranger? I’m too ashamed to go to therapy,” he said. “All the ‘what ifs,’ all the fear, it keeps you in this prison of emotion where you just don’t want to seek help. Because the people that were supposed to help you? They hurt you.”

Another reason Filipino Americans don’t get the help they need is that they may not realize they have a substance use problem.

“Speaking to any elders in my family or the Filipino community, if you say the word ‘substance use,’ they’re like, ‘What is that?'” said Elle de la Cruz, a licensed clinical social worker in the San Francisco Bay Area. She encounters people struggling with drugs and alcohol in her work with children in foster care.

She notices that it’s difficult for the few Asian American families she has encountered in her job to name the issue. One family called it their “problem,” rather than a substance use disorder. “How do you get the proper treatment if you can’t label it?”

Marielle Reataza, executive director of National Asian Pacific American Families Against Substance Abuse, said substance that use is clinically defined as a problem when it’s affecting a person’s relationships; work; resources, such as housing and finances; or if they commit a crime to obtain the substance.

Jocel Bibera, a Los Angeles resident, said she didn’t know for a long time that she had a problem.

It was difficult acculturating to life in the United States after immigrating from the Philippines when she was 4. She remembered a time when she didn’t understand something a classmate said.

“I was still building my English vocabulary, and I just felt so ashamed,” she said. “A core wound of mine is just feeling like not a part of and feeling different.”

She struggled to understand the way her parents raised her, which included high academic expectations.

“I myself was just trying to navigate how to be a kid while not completely connecting to my peers,” she said. “So I was already having my own internal battle, and then going home after school and feeling the pressure of having to meet the expectations from my parents to perform academically to be an obedient daughter.”

Her substance use began at backyard parties when she was 13. She remembers drinking a half a bottle of tequila at her first one. Soon she was addicted.

Around that age, she was also diagnosed with depression and anxiety.

Bibera said she used substances for 11 years, during which time she had difficulty maintaining healthy relationships, avoided family and experienced personality changes — at times becoming mean and aggressive. Cops constantly came to her house because she was absent from school so much. She had to appear in court because of her absences and was eventually kicked out of high school. She dropped out of college multiple times and wasn’t able to finish nursing school — a goal her grandfather had asked her to pursue.

“I remember in the jail cell, I was thinking, ‘OK. This is my opportunity to turn my life around,'” she said. “But once I got out of jail, it got even worse for me. I wasn’t able to stop, even if I wanted to.”

Following a hospital stay of one year for suicidal ideation and abuse from a violent relationship, Bibera developed an addiction to depressants. She also realized drugs weren’t numbing her as much as they used to.

“Every time I felt my feelings, I felt like I didn’t want to live this way,” she said. “I would rather die than live this way.”

“I often hear from my girlfriends who are Asian women in recovery as well, that they would hear from their parents, ‘Why do you need to see a therapist?'” she said. “We just kind of just suck it up and go to work.”

Although her parents didn’t say that to her, getting help was hardly ever discussed. She also recalled that her addiction was a big secret in her family. It wasn’t until a year or two ago that her mom told relatives. She stopped using substances on Oct. 2, 2013.

De la Cruz said shame is a significant barrier to treatment. It may be one reason, she said, that she hasn’t encountered many Filipino Americans working through substance use in her job as a social worker.

“There’s just this idea of, ‘I’ll bring shame to the family if I tell people that I have this issue,'” she said. “I think about that a lot — about the collectivist nature of Filipino families, Filipino culture and how that can be a barrier.”

One of the first steps toward healing from substance use is for a person to admit they have a problem, she added.

“And if you can’t get past even that, then you can’t go into treatment to help you heal from your addiction,” she said.

De la Cruz said the accessibility of substances like alcohol or tobacco can be one reason people turn to them as a coping tool or a way to avoid difficult emotions or trauma.

“You can do it quietly. You can do it by yourself. You don’t need to be necessarily doing it with other people, although that happens,” she said.

Joe Portwood, 32, a Kentucky resident, was in high school when he first smoked pot. Around 2010 when he was in college, he smoked pot daily, he said. He attended all his classes high; he smoked while doing chores or running errands. When his grandmother died in 2015, he attended her funeral high.

After graduating from law school in 2016, Portwood passed the bar exam and moved in with his parents. He began working at private law firms, where he said he struggled with unethical and overbearing bosses. Instead of having difficult conversations, he’d quit.

“I was like, ‘OK, let me compartmentalize that. I’ll deal with it later when I’m smoking and just feel better about it. And then I’ll never have to deal with it,’” he said.

He struggled to find work after quitting his third job. He was living in his parents’ basement and felt like a failure.

His girlfriend encouraged him to seek therapy. His therapist diagnosed him with generalized anxiety disorder and equipped him with the tools to address it. It was helpful, he said, that she didn’t suggest that he stop smoking immediately.

He did stop, though, on Jan. 7, 2019, and the trajectory of his life changed: He landed a steady job as an attorney, moved out of his parents’ house and bought a house.

Samé-Weil, Bibera and Portwood said multiple factors would have made them more likely to seek help sooner than they did.

For Samé-Weil, the absence of homophobia would have decreased his likelihood of substance use.

Bibera said that if someone had suggested that she seek “treatment” rather than go to “rehab,” it might have been more appealing. Having an understanding of what treatment entailed would have been helpful too.

Similarly, Portwood believes if there was less of a distinction between mental health treatment and substance use treatment, more people might get the help they need.

“For me, seeking out mental health treatment led to substance use treatment,” he said.

“I think it’s easier to admit that you’re experiencing emotional trauma and you need help processing that than to admit, ‘Oh, I have a substance use problem, and I need to kick this physical addiction.'” 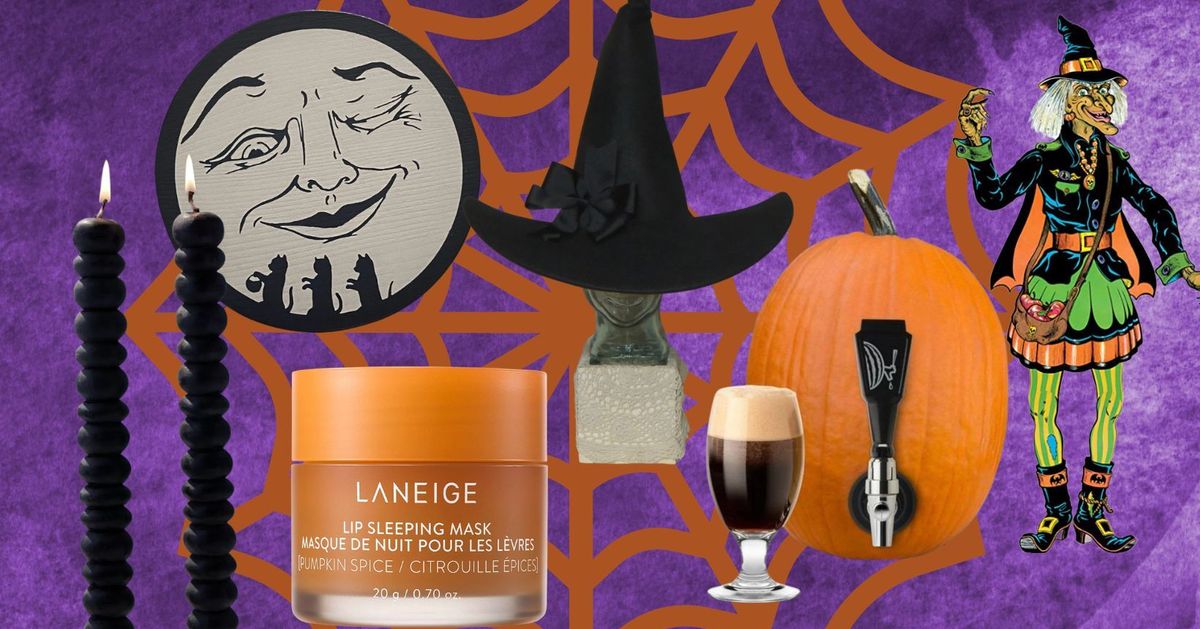 22 Incredible Products Anyone Obsessed With Halloween Should Own

Nick Cannon now has 10 kids. Is our criticism justified?

Nick Cannon now has 10 kids. Why we’re so shocked, bothered by his growing family.