How to solve crimes better 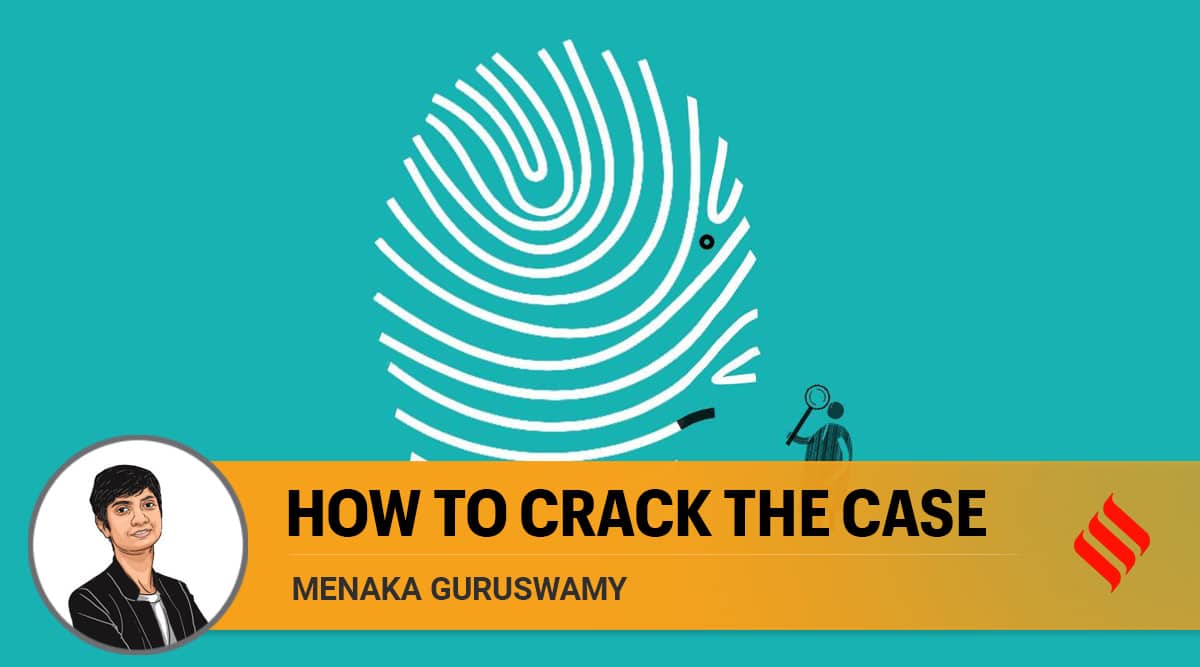 One of the things I love most about the practice of law is the criminal cases I get to argue. Spanning the gamut from murders to assaults to following money trails — legal and illegal — criminal law is an exacting detail-oriented discipline. It is the piecing together by the establish of the prosecution of “they did it” while the defense will strive to that “the State has not proved beyond reasonable doubt that we did it”. Part of the process of investigation that results in the collection of proof pointing to innocence or guilt involves the deployment of forensic science.

What is forensic science? Katherine Ramsland writes in her book, Beating the Devil’s Game: A History of Forensic Science and Criminal Investigation, that “forensic science is the application of scientific perspectives and techniques to the legal process, including investigations and courtroom protocol. It is accurate to say that it is the use of scientific data and procedures specifically for the legal system.” She adds that “the disciplines rely on the same values ​​and methodology used by other members of the scientific community. There is rigorous procedure involved, including controlled conditions, reliable data collection and the attempt to disprove hypotheses.”

What does this forensic science of data collection and attempt to prove or disprove the hypothesis look like from the perspective of familiar techniques or methods? Essentially, methodologies like the autopsy procedures, fingerprinting, testing and matching for poisons, blood spatter analysis, matching guns to bullets fired (ballistics), voice sample matches, handwriting assessments and DNA analysis are all facets of forensic science.

Forensic sciences have gained great cultural popularity over the past two decades with the onset of crime shows on
television. My favorites among these crime shows are Law and Order (the American series set in New York City), Mare of Easttown, Shetland and Real Detective. These are series built around crimes being solved by police conducting investigations aided by forensic science. The weary and overworked detective, fighting an apathetic system, watching the medical examiner explain the wounds on the corpse or sipping coffee while waiting impatiently for the crucial DNA test result are now all seared into our popular imagination. Towards the end of the episode, the detective solves the crime and the “bad guy” is caught.

However, real-life crime-solving is a bit different. India has amongst the highest disparities in police-citizens and judge-citizens ratios. However, that is the subject matter of another column. We also have a woefully inadequate number of forensic science laboratories (FSL). There are seven central forensic laboratories in India at Hyderabad, Kolkata, Chandigarh, New Delhi, Guwahati, Bhopal and Pune. The laboratory in Delhi is under the control of the CBI and investigates cases on its behalf.

Six of these laboratories, barring Delhi, are under the control of the Directorate of Forensic Science Services (DFSS), and its mission is to render high quality and credible forensic services to the justice delivery system. A National Forensic Sciences University was established in Gandhinagar, Gujarat in 2020. The existing National Institute of Criminology and Forensic Science in Delhi has been integrated into this new university. There are 32 state FSLs and about 529 mobile FSL units, of which Delhi has one state FSL and six mobile units. There are many private forensic laboratories in the country and their quality and standards of integrity vary.

What does it mean to have inadequate state forensic facilities? It means that the FSL reports that the police and the defense so eagerly await take an inordinate amount of time to be prepared. It also means that often, forensic analysis is simply not conducted and the criminal justice system relies principally on witness statements. Let us consider some statistics.

The DNA tests discovered in 1985 are used to identify individuals involved in alleged crimes. In 2017, The Hindu reported that while the United Kingdom completes DNA testing on over 60,000 crimes annually, India with over 13 times the population completes such tests on less than 7,500 cases. The average pendency at each lab is huge.

Some shortages are caused by the lack of laboratories while others are caused by a lack of adequate qualified personnel. The Supreme Court observed In Re: Speedy Trial of Undertrial Prisoners (2018) after assessing the state of the Central Forensic Science Laboratories that 97 posts of scientific officers and 67 administrative posts are unfilled. On state facilities, there was a lack of information on staffing from the labs in many states. In all states, there were over 50 per cent vacancies in personnel at their facilities. The Court had asked the central government to address the situation. The Court recognized that the lack of personnel meant that often trials were delayed to non-receipt of FSL reports.

India has long and enduring ties to the forensic sciences. In 1896, Edward Henry, a magistrate in the country, during a long train ride, came up with the loop and delta system, which is the foundation for all fingerprinting today. Henry’s discoveries aside, we certainly need more investment in the establishment of FSL laboratories, the training and appointment of personnel adept at forensic methodologies and reforms within our police to establish a trained and skilled detective cadre tasked with solving complex and heinous crimes.

There is a desperate need for good quality training facilities, standards of accreditation and continuous education programs for our forensic experts. Forensic science is also ever-evolving, and it is important to know which facets of the science are still credible and what methodologies must be discarded. It is not more legislation and harsher punishments that will solve crimes, but well-trained forensic staff plying their craft in good quality laboratories that will aid our criminal justice system.

This column first appeared in the print edition on May 28, 2022 under the title ‘How to crack the case.’ The writer is a Senior Advocate at the Supreme Court of India

Trevor Noah Reveals His Exit Announcement Was A Total Shock, Even To His Own Team

‘What if the worst had happened?’ Trudeau defends convoy response

Trevor Noah Reveals His Exit Announcement Was A Total Shock, Even To His Own Team

‘What if the worst had happened?’ Trudeau defends convoy response