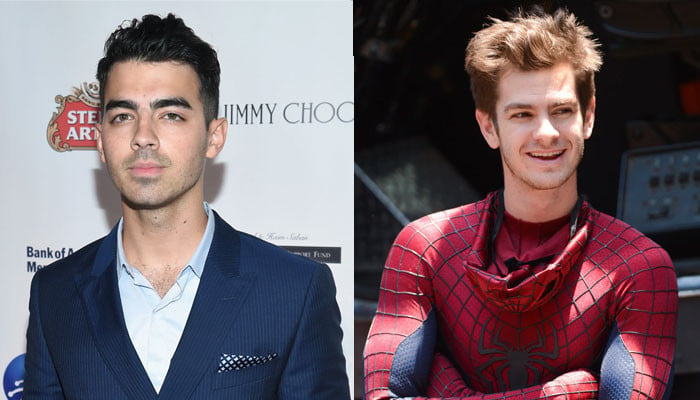 Joe Jonas, one-third of the Jonas Brothers and lead for DNCE, revealed that he was up for the web-slinging hero in 2012’s The Amazing Spider-Man.

During a new episode of the just for variety podcast, Jonas, 33, shared that he was auditioning for the role and was initially gutted for losing the part. “I remember years ago I was up for Spider-Man and I was so, so excited and it was the year Andrew Garfield got it. Obviously, he was the right one.

“In the moment, you’re destroyed or you’re defeated. But you realize this person was brilliant,” Jonas said in the podcast.

The Cake by the Ocean The crooner added that he thought he had an ‘in’ since the film’s director, Marc Webb, was a music director and that would work to his advantage.

“But I remember that was a big thing at the time, going back for call-backs. And the director used to be a music video director, so I was like, ‘I got an in here’,” he added. “But you know what? I love the process of auditioning and putting yourself out there and having to prove yourself.”

The role ultimately went to Andrew Garfield, who co-starred with Emma Stone in the 2014 sequel as well. Garfield, 39, also reprized his role in Tom Holland’s Spider-Man: No Way Home last year along with previous Spider-Man actor Tobey Maguire.

When asked in the podcast if he ever donned the Spider-Man costume during the audition process, Jonas said, “No, but I’m sure I had one that I would try on occasionally back in the day.”

according to PeopleJonas mostly dodged the question back in 2010 when he was asked by MTV News on a red carpet if he’d be interested in playing Spider-Man, as casting was underway at the time.

39 Gifts To Buy On Amazon This Black Friday

Costa Rica coach Suarez after Spain humiliation: ‘Rebirth? We are not dead’

39 Gifts To Buy On Amazon This Black Friday