At the moment, it’s not clear that the chamber’s Democrats have the necessary 10 Republicans to coalesce around a cross-party proposal. Some of them back narrower expansions of background checks or so-called red flag laws, which allow law enforcement to confiscate guns if an individual is deemed a threat to himself or others. But none of that guarantees that senators will be able to agree on a bipartisan bill.

Here are 10 Republicans to watch:

Cornyn was in talks last year with Murphy about a broader bipartisan deal on background checks, but nothing ever came to fruition. Murphy texted Cornyn in the wake of the shooting and the Texan is planning to connect with him.

“He and I have been talking about this issue for a long time off and on to see if we could find some common ground, and maybe this will provide some impetus for that,” Cornyn told reporters.

Cornyn added that he thought Congress “ought to talk about” red flag laws but that it’s “not a panacea.”

Cornyn has experience passing limited gun safety legislation. Earlier this year, as part of its reauthorization of the Violence Against Women Actthe Senate passed his bill with Sen. Chris Coons (D-Del.) that requires federal authorities to tell state and local law enforcement within 24 hours if an individual already barred from purchasing a firearm fails a background check.

Tillis, like Cornyn a member of the Judiciary Committee, said that he was open to discussing potential legislation in the wake of Tuesday’s mass shooting. But he warned Senate Majority Leader Chuck Schumer against rushing a bill to the floor just to have a failed, party-line vote.

“What I hope doesn’t happen is more political statements, rather than meaningful discussion,” Tillis said. “If we lay down something that’s politically charged, doesn’t have the opportunity to gain 60 votes, then we’re going to miss another opportunity.”

Tillis said he was willing to discuss red flag laws, as long as they satisfied the need for due process, but that he has “a concern with existing” versions of that proposal. He added that he wouldn’t support a “federal mandate for red flag,” but that it could be possible to “create a framework” to encourage state legislatures to consider such laws.

Portman, who is retiring at the end of this Congress, said he’s “always listening” and “talking to colleagues about various ideas.” The Ohio Republican has previously expressed openness to red flag laws,

Portman and Sen. Kyrsten Cinema (D-Ariz.) took the lead on the bipartisan infrastructure package, Sinema is currently among those trying to find a path forward on bipartisan gun talks.

Blunt, the No. 4 GOP leader and an ally of Senate Minority Leader Mitch McConnelltold POLITICO that he was open to discussions on mental health and red flag laws, though he stopped short of predicting the latter could pass at a federal level.

“’I’m very open to more red flag opportunities — though nobody has a stronger red flag than New York, I don’t think, and they just had an equally horrendous event,” said Blunt, who is retiring at the end of this Congress, of this month’s racist mass shooting in the city of Buffalo.

“But I think that [the] red flag-mental health component probably has the most potential,” he added.

Collins is one of two Republicans still in the Senate who supported bipartisan legislation to expand background checks for gun purchases in 2013. Collins has also previously introduced bipartisan legislation to address the illegal purchases of guns, as well as a bill that would prevent individuals on terrorist watch lists from purchasing firearms.

She told POLITICO that she’s been speaking with Murphy about “whether there’s a path forward that would garner the necessary votes to make improvements to help keep guns out of the hands of people who are mentally ill.”

Among the topics they’re discussing is Maine’s “yellow flag” law, which allows law enforcement to petition a state court to temporarily confiscate weapons if a medical professional deems an individual a threat to his or her own safety, or that of others.

“The killer in this case, as I understand it, passed a background check and legally purchased his weapon,” Collins said. “He also appears to have had a history of mental illness and of being increasingly erratic and violent … That’s the kind of situation which a yellow or red flag law is intended to prevent.”

Romney has played a leading role in recent bipartisan deals, including on last year’s infrastructure package and a $908 billion coronavirus relief package in 2020.

He said Thursday that he’s open to reforms “related to background checks” and encouraging states to put in place “red flag laws.”

“There may be some incentives we can create to do that,” he added.

Rubiowho is up for reelection in November, has introduced bipartisan legislation that would dedicate Justice Department funding to incentivizing states to pass red flag laws.

He’s also backing legislation to codify a website that would advise on school safety best practices, a proposal that Schumer blocked in the Senate, characterizing it as insufficient in the wake of Tuesday’s mass shooting.

But Rubio told POLITICO that he wouldn’t support a federal red flag law, arguing that it would punt enforcement to federal courts and the FBI.

“The people that are going to end up interacting with these people are going to be your local police department,” he said.

Graham has previously proposed that the Senate should take up red flag legislation, and he said in the wake of the Texas shooting that he wanted to engage in bipartisan talks on the topic.

But he stopped short of predicting that 10 Republicans could get on board with a proposal and noted that New York — where 10 people, most of them Black, were killed last week by a racist shooter at a Buffalo supermarket — already had such a law on the books.

Graham and Sen. Richard Blumenthal (D-Conn.) said after a bipartisan group meeting on Thursday that they want to provide grants to encourage states to adopt red flag laws, rather than mandate them nationally.

Toomeywho is retiring at the end of the current Congress, spearheaded legislation with Sen. Joe Manchin (DW.Va.) in 2013 to expand background checks for gun purchases.

That bill fell short, but Toomey is a GOP senator to watch in any gun reform negotiations and said he would be talking to his colleagues in the wake of the Texas shooting. He’s also speaking with Murphy.

“I think the thing that would have the best chance would be the thing that has gotten Republican support before, which is expanding background checks,” Toomey said.

Cassidy said he’s still reviewing proposals, but isn’t weighing in on anything specific at the moment. When asked about giving grants to states to enact red flag laws, Cassidy replied: “I’d rather discuss it before I opine, do my background on what these issues mean.” 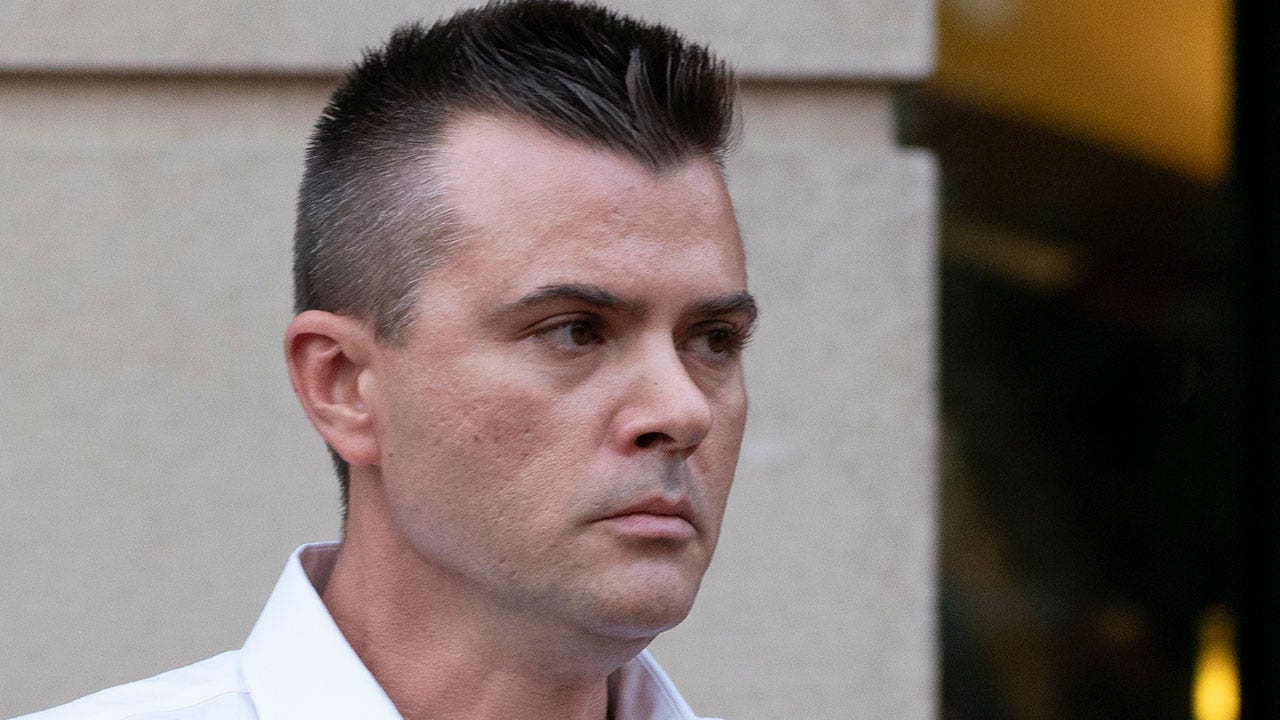 Grassley, Johnson demand answers on why FBI paid Igor Danchenko as a source during Trump-Russia probe

Republicans slightly favored over Democrats as abortion falls to seventh in importance to voters: poll 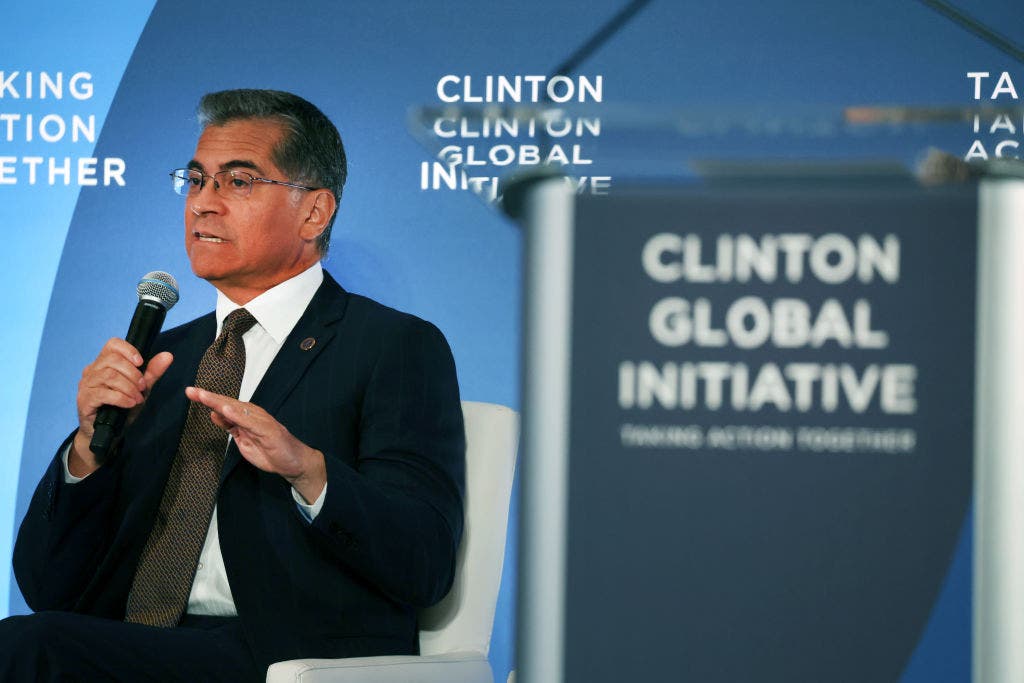