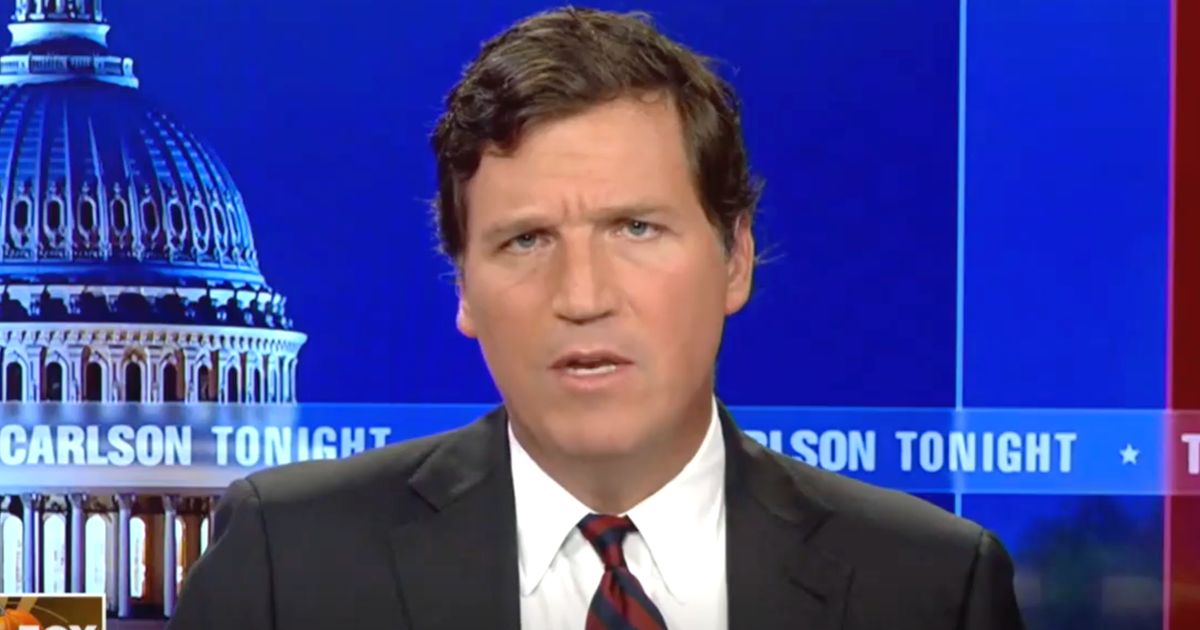 Fox News’ Tucker Carlson on Wednesday went after Pete Buttgieg yet again, claiming the transportation secretary “wouldn’t even admit that he was gay” until several years ago and “lied about it for reasons he has never been asked to explain.”

Buttigieg, the former mayor of South Bend, Indiana, and a 2020 Democratic candidate for president, has explained. He explained in the 2015 article he wrote in the South Bend Tribune when he came out to the public. And he explained again on multiple other occasions, revealing, among other reasons, his fear that acknowledging who he was “was going to be the ultimate, career-ending professional setback.” Buttigieg joined the military in 2009, when the discriminatory “Don’t ask, don’t tell” policy ban on openly gay and lesbian service members was still in effect.

Carlson brought up Buttigieg while discussing the response to the mass shooting at an LGBTQ nightclub in Colorado Springs, Colorado, on Saturday night that left five people dead and at least 18 others injured.

“Pete Buttigieg, of course, couldn’t pass up a moment like this,” Carlson said. It’s not like Pete Buttigieg wants to talk about how things are going over at the Transportation Department, which he supposedly runs.”

Speaking out about the shooting this week, Buttigieg called out the anti-LGBTQ political attacks and rhetoric leading up to the physical attack on a gay nightclub. “It was a place of belonging, it was a place of community. And it came under attack – at a time when the entire LGBTQ community is coming under attack,” he said.

Carlson has a history of homophobia. He often goes after Buttigieg and embraces damaging tropes about trans people, drag queens and the LGBTQ community as a whole.

Last year, Carlson mocked Buttgieg for taking paternity leave after the transportation secretary and his husband, Chasten Buttigieg, whom he married in 2018, welcomed twins. Carlson said he was “trying to figure out how to breastfeed.”

Media Matters researcher Kat Abu, who shared the clip of Carlson’s tirade Wednesday, tweeted: “Wow why would a gay man in the military and holding public office not disclose he’s gay to the general public? Can anyone think of a reason???”

Menacing Wild Turkeys, Led By Kevin, Are Taking A New England City For Themselves

Discovering the best of LA fine dining through nostalgia

Discovering the best of LA fine dining through nostalgia