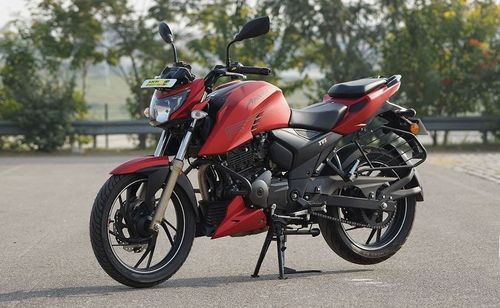 The TVS Motor Company reported cumulative sales of 3,79,001 units in the month of September 2022 posting a 20 per cent growth over August 2022. The company had reported cumulative sales of 3,15,539 units last months. Year-on-year performance was staider with a 9 per cent growth in sales. The manufacturer had retailed 3,47,156 units in September last year.

Scooter sales were up a notable 39 per cent over September 2021 while bike sales grew by a relatively flat 2 per cent.

Commenting on the performance of its two-wheelers, the company in a statement said, “ TVS Motor Company has had a robust start to the festive season and the demand is expected to further accelerate during the season.”

The TVS iQube also reported a jump in sales for the month with 4,923 units sold as against just 766 units in September 2021. TVS’s electric scooter sales also saw a marginal improvement over August 2022 where the company retailed 4,418 units.

Exports meanwhile were down for the month of September with TVS reporting a 9 per cent year-on-year decline. The manufacturer exported 92,975 units in the month as against 1,02,259 units in 2021.

No deal in sight between University of California and faculty members

White House slammed for pledging to keep a ‘close eye’ on ‘misinformation’ on Twitter: ‘Absolutely insane’

Pence on if he’d run as VP again: ‘Twice is enough’

No deal in sight between University of California and faculty members