Twitter May Be A Hopeless Place, But These People Found Their Spouses On It 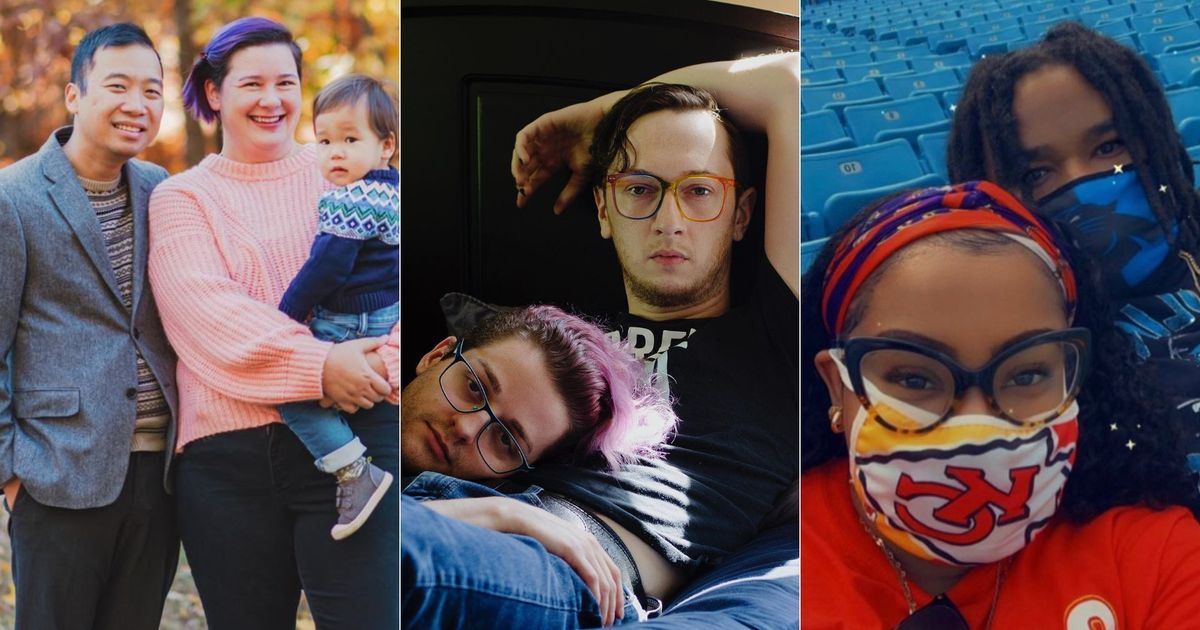 since Elon Musk’s takeover of Twitter late last month, half of its employees have resigned or been fired — leading observers to wonder whether the platform will even remain functional through the rest of the year.

But before the chaos and its potential end times, Twitter was often a place to meet-cute (or in some cases, meet-thirsty). Users would post a pithy reply to someone’s tweet, “like” a thirst trap in the wee small hours of the morning, or shoot their shot in the DMs.

Any people who found success with this strategy? John Mulaney and OliviaSending so much loveMunn, Phoebe Bridgers and Paul Mescaland Priyanka Chopra and Nick Jonasamong other celebrities.

Or take the story of Paige and Ian Savino of Nashville, Tennessee. The two started dating in November 2020, got engaged in April 2021 and married the following September. They have Twitter.com to thank for their romance.

“During 2020, I decided to rejoin Twitter in earnest and started making friends,” Paige Savino told HuffPost. “One of my Twitter friends knew my [later] husband in real life, and as she interacted with my tweets, Ian saw them.”

Ian Savino had read an “about me” thread by his future wife detailing how passionate she was about mental health, video games and family. That compelled him to reach out over DMs — though he swore he was not the “slide into DMs” type.

He sent a message asking if she would be up for a “100% platonic” call over Zoom.

“He was genuine that he just wanted to be friends, but our feelings changed quickly,” recalled Paige Savino.

The pair’s first phone conversation was three hours long, and each consecutive call just got longer.

“Then he sent me a video of him singing,” Paige Savino said. “The next day we FaceTimed, and I opened the call with a burp and he didn’t run away.”

At the end of the conversation, he told her, “I’ve always wanted to be with a person who would put on a banana suit and go roller-skating with me.”

“He asked, ‘Are you that kind of person?’ I absolutely am,” she said.

True to his word, Ian Savino drove hours to meet her and exited the car in a banana suit—the first of multiple costumes he would unveil during their relationship.

“At our engagement photo session, he surprised me by buying us dinosaur suits,” she said. “He’s my brand of weird.”

Looking back at their bird-app-assisted courtship, Paige Savino couldn’t be happier with how it all played out.

“Twitter is such an uncurated space, and I love that he saw my unfiltered self and wanted to know me,” she said.

For Myles Ma, a journalist at Policygenius, the DM-slide-to-dating pipeline was a little more roundabout. While working as a local news reporter, Ma covered a gun control rally at a church in Ridgewood, New Jersey. He happened to tweet a photo of some gun rights counterprotesters who had shown up.

The post caught the eye of his future spouse, Emwho was also at the event. In reply, Em let him know that attendance for the rally far exceeded the number of counterprotesters.

“I was doing the classic ‘both sides’ journalism thing, and Em was calling me out,” Ma, who lives in Durham, North Carolina, told HuffPost.

The journalist found Em to be cute and smart on his account, so he not-so-subtly slid into his DMs to ask them out for coffee. The two are now married and have a son together.

“We turned that DM into an ice cream decoration, which was served at our [wedding] rehearsal dinner,” Ma said.

Josh Summitt met his partner, Jordan, over a drunk tweet.

“It was a rainy night, and I was drunkenly editing photos for a class project during undergrad in the spring of 2012,” he recalled. “I tweeted out that I wanted to dance in the rain. And my now partner, Jordan, responded that they wished they could as well.”

That developed into an almost nonstop Twitter exchange lasting a full week before Summitt got the courage to send Jordan their number in the DMs.

“I knew of them based on it being a small local queer community and having a few mutuals, but that was about all,” Summitt said. “I wasn’t sure if it was just going to be a fling, but I knew I wanted to find out more.”

The pair are now going on 12 years as a couple.

Could they have met outside of Twitter? Maybe, but Summitt doubts it.

“We ran in very different circles and were at different universities,” they said. “I honestly don’t think we would have ever met had it not been for Jordan responding to one of my random drunken tweets.”

“Kansas City had just beaten the Raiders, so I was looking for Raiders fans to troll,” said Waters, who lives in southern Virginia. “I came across a tweet that I responded to, and came to find out that was my man’s best friend. My fiance responded to a tweet and we followed each other.”

That was 2016. Later, in 2019, Sean DMed Waters to ask for some personal advice. An online relationship transpired from there. In November 2020, she traveled 1,300 miles to spend Thanksgiving with her family.

“I went back home until February 2021. And I was only supposed to stay for three weeks, and now we are getting married in 2024. Shoutout to Twitter, his best friend and the Chiefs beating the Raiders!” Waters said with a laugh.

Considering all the personal connections that Waters has made on the platform — not just Sean, but other friends as well — she’s “truly upset” about its uncertain future.

“Internet friends” have historically had a bad rap — there’s a lingering belief that a friendship is only valid if it’s established “in real life” — but Waters said her online connections are as strong as any bonds she’s made in person.

Many feel that way. as one essayist wrote on Medium in 2018“for many members of marginalized communities, including … women, people of color, disabled folks, LGBTQI+ identifying individuals and the chronically ill, online spaces can be a rare and incredibly impactful, even life-saving sanctuary.”

Waters considers Twitter such a space, as hopeless a place it may be.

“My friends on Twitter and I have laughed through hard times. We laugh, we cry. They have been there in my happiest times and my saddest times,” she said. “I feel like there’s so many issues we’ve had an impact on because of Twitter, and getting rid of this app is like getting rid of a part of me.”

Others are less sentimental about Twitter potentially going down.

“I’m not a nostalgic person to begin with, so I’m not going to shed any tears if and when a very bad website goes away,” Ma said. “If anyone knows the value of Twitter, it’s clearly me. But I’m not sure that outweighs the harm of platforming the worst people on earth.”

His spouse feels a little differently. “Em is more nostalgic and will miss having a venue to yell about ‘The Bachelor,'” Ma said.

Paige Savino is of two minds over the platform’s possible collapse: She’s sad, indifferent, but mostly trying to resist the doomsday narrative on her Twitter feed.

“I have connected with a lot of great people, including my husband, over Twitter. But many of us have connected outside of the Twittersphere,” she said. “It’s disappointing to watch the collapse of Twitter, but my friendships won’t end — even if the platform does.”